Termite colonies live in nests that serve to protect the termites from the environment and predators. Nests can be constructed either completely underground, protruding from the ground as a termite mound or within wooden structures such as trees and building timbers. Termite mounds are primarily constructed from the termites' faeces mixed with soil. These nests typically long outlive the inhabiting colony.

Termites within a colony are organised into a caste system consisting of workers, soldiers and reproducers. 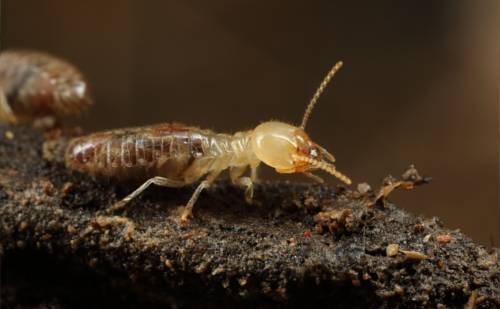 Workers perform most of the labour within a colony, being responsible for foraging, food storage and nest construction and maintenance. Workers are also responsible for the digestion of cellulose within wood and feeding other termites. They are typically the most numerous caste.

Soldiers are adapted to defend the colony, being larger than workers, with enlarged heads and jaws. These adaptations prevent soldiers from feeding themselves, so they must be fed by workers. Soldiers typically defend the colony by blocking the inner tunnels with their heads and fighting invading predators with their large mandibles. They also release alarm pheromones that alert other soldiers of a threat and workers of a breach in the nest that must be repaired. 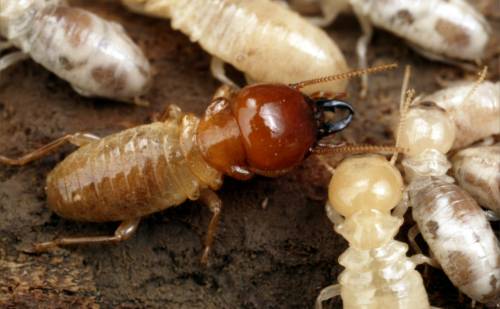 The inner tunnels of a nest are usually made just wide enough for a soldier to fit in, to allow the soldier to block the tunnel with its head. If a single soldier cannot block a breach in the nest by itself, they will line up with other soldiers in a phalanx formation to hold the breach while workers are called in to repair the damage.

The reproductive caste consists of a fertile male and female, known as the king and queen. Queens are responsible for egg production for the colony and usually have a very enlarged abdomen to increase its number of eggs. The king is a fertile male that mates with the queen for life. 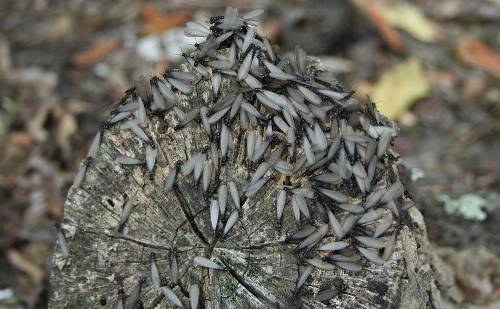 At a certain time of the year, the queen will produce a large amount of winged, fertile males and females known as alates. These alates will fly from the nest at the same time in a large swarm, a process known as nuptial flight. 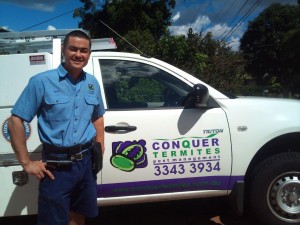